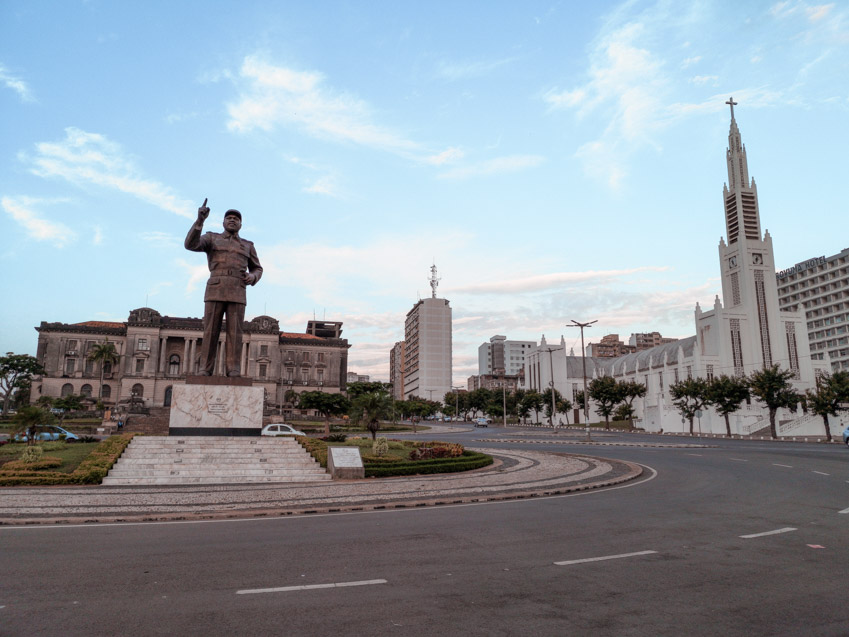 Before visiting Mozambique and its capital city, we’ve read a blog post saying that Maputo is one of the least beautiful cities they have ever been to. Our expectations, after reading the article, were obviously pretty low. But what do you know! As soon as we got there we were very pleasantly surprised. Maputo turned out to be a modern city full of lovely sites and welcoming people. The food is great and the vibe is chill. What more could one ask for?
Inhaca Island was a bit less impressive, but mostly due to the fact that it was raining during our visit. We believe that the weather, unfortunately, plays a pretty big role in one’s perception of a place.

What to do and what to see in Mozambique?

Lake Malawi is one of the biggest attractions in Mozambique, but since we have already visited the lovely lake in Malawi, we decided to visit the country’s second most popular destination – Maputo and the nearby Inhaca Island. We just can’t seem to resist visiting coastal cities and (sub)tropical islands. 😉
Maputo
Maputo is the capital and the largest city in Mozambique. It is a coastal city, located in the southern part of the country. It is known for its vibrant culture, stylish restaurants, and many performance venues, as well as for its unique, eclectic architecture. With its numerous acacia trees and charming streets, it has earned the nicknames City of Acacias and the Pearl of the Indian Ocean.
Some of the city’s most popular sites include:
– Casa de Ferro (The iron house), which is a prefabricated building imported from Belgium in 1892 to house the governor-general.
– Praça da Independência (Independence Square) – the city’s main square, featuring a statue of Samora Machel – the first president of Mozambique.
– Maputo city hall – a neoclassical building located on Independence Square.
– Catedral de Nossa Senhora da Imaculada Conceição (Cathedral of Our Lady of the Immaculate Conception) – a prominent Catholic cathedral built in 1944, located on the Independence Square.
– Tunduru Botanical Gardens – a peaceful park in the city center – a perfect place to escape the city buzz.
– The Maputo – Katembe bridge – a brand new modern bridge across Maputo Bay, which opened on November 10, 2018. 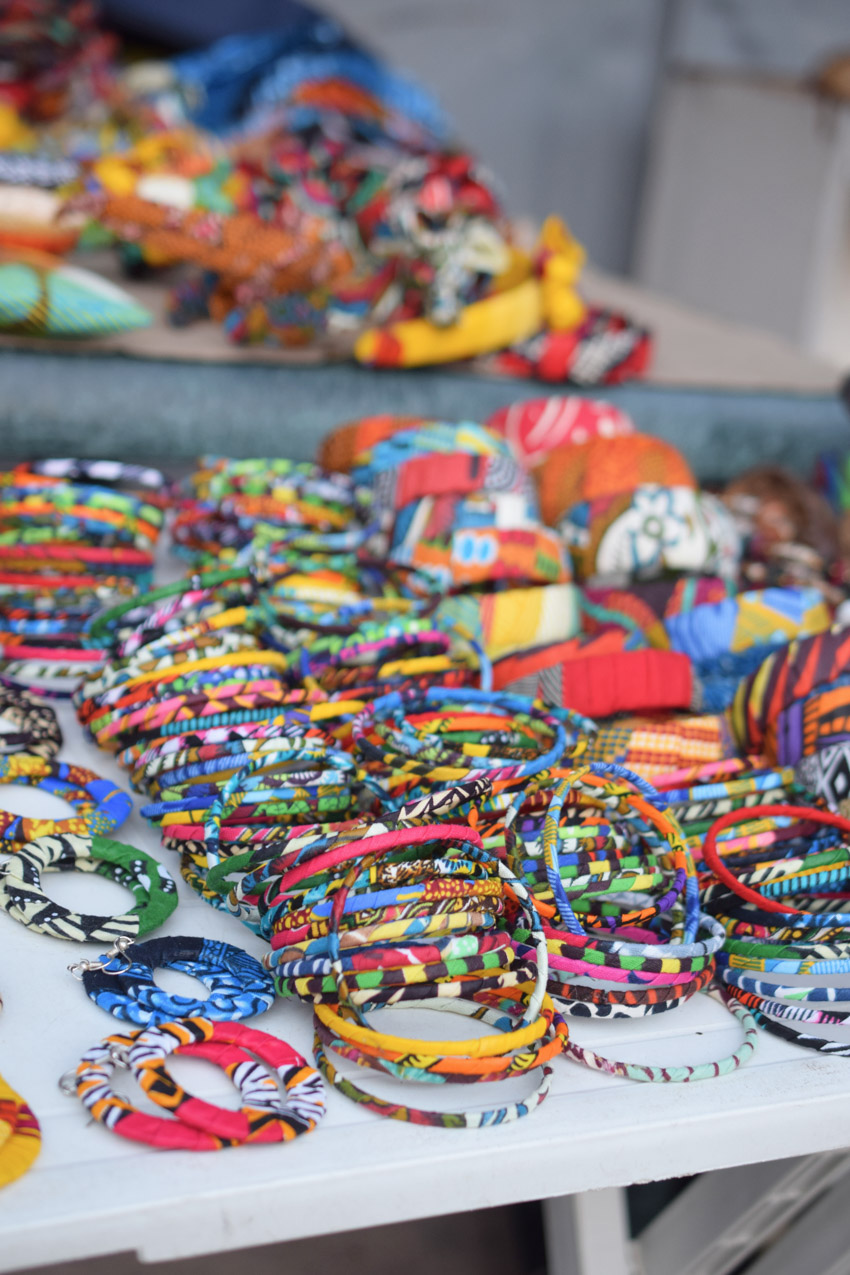 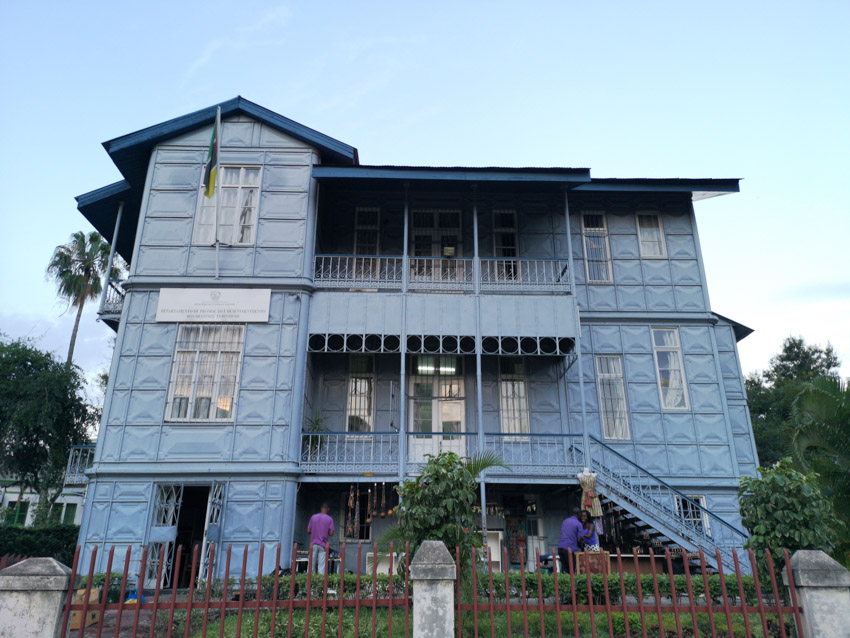 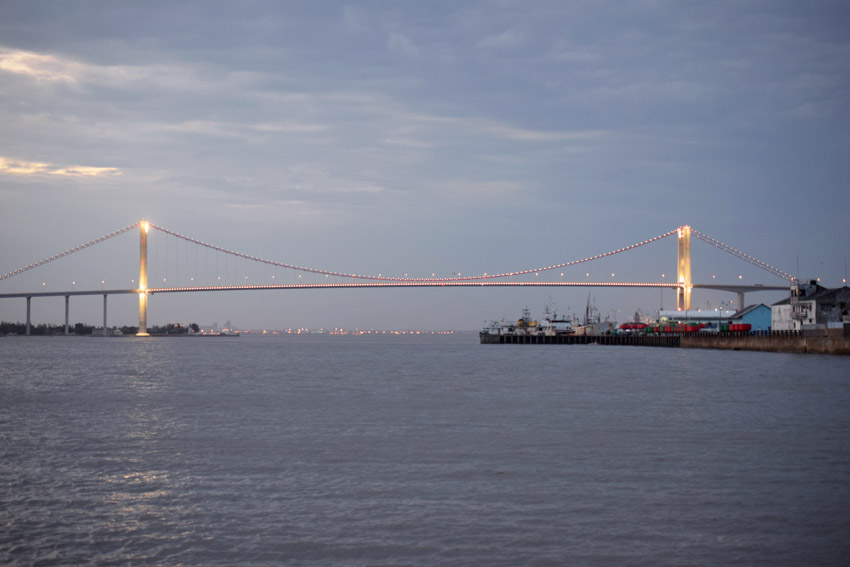 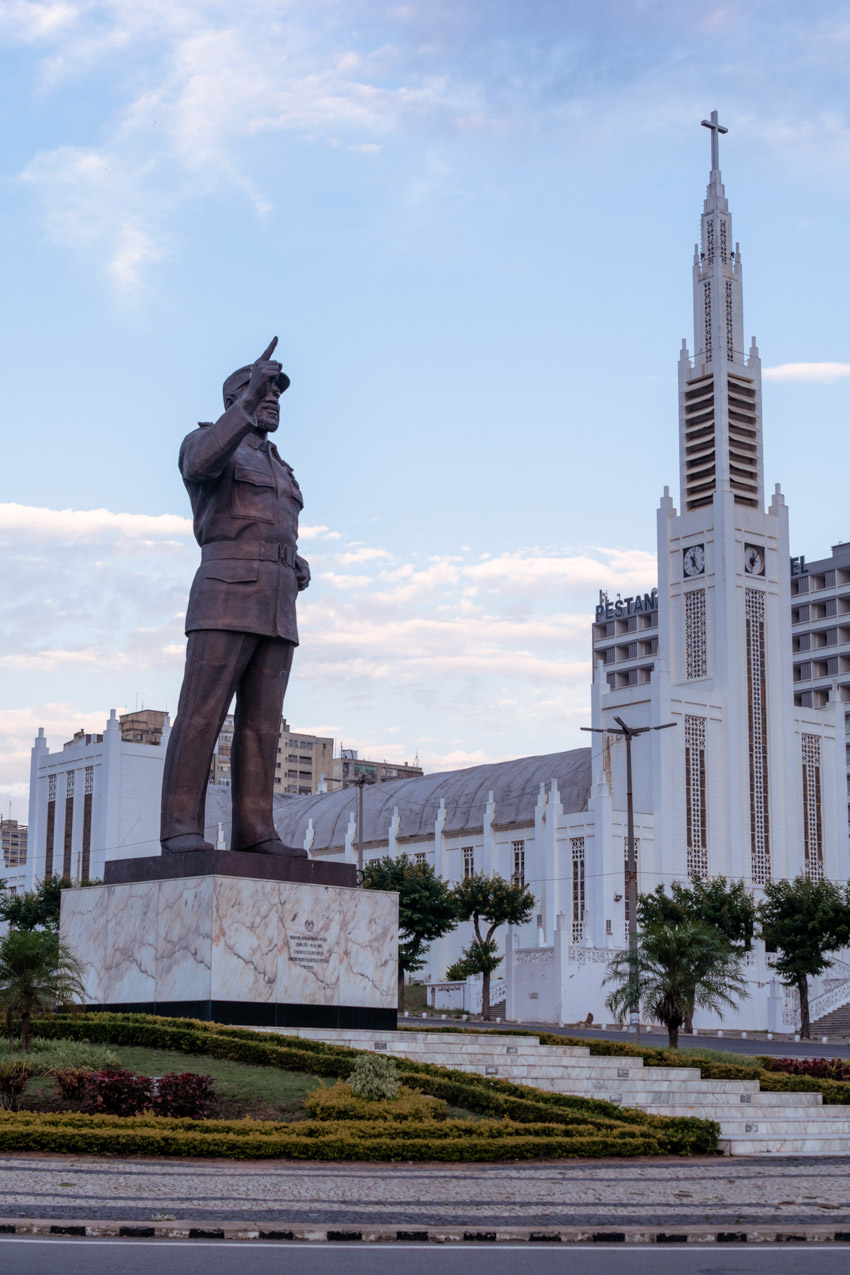 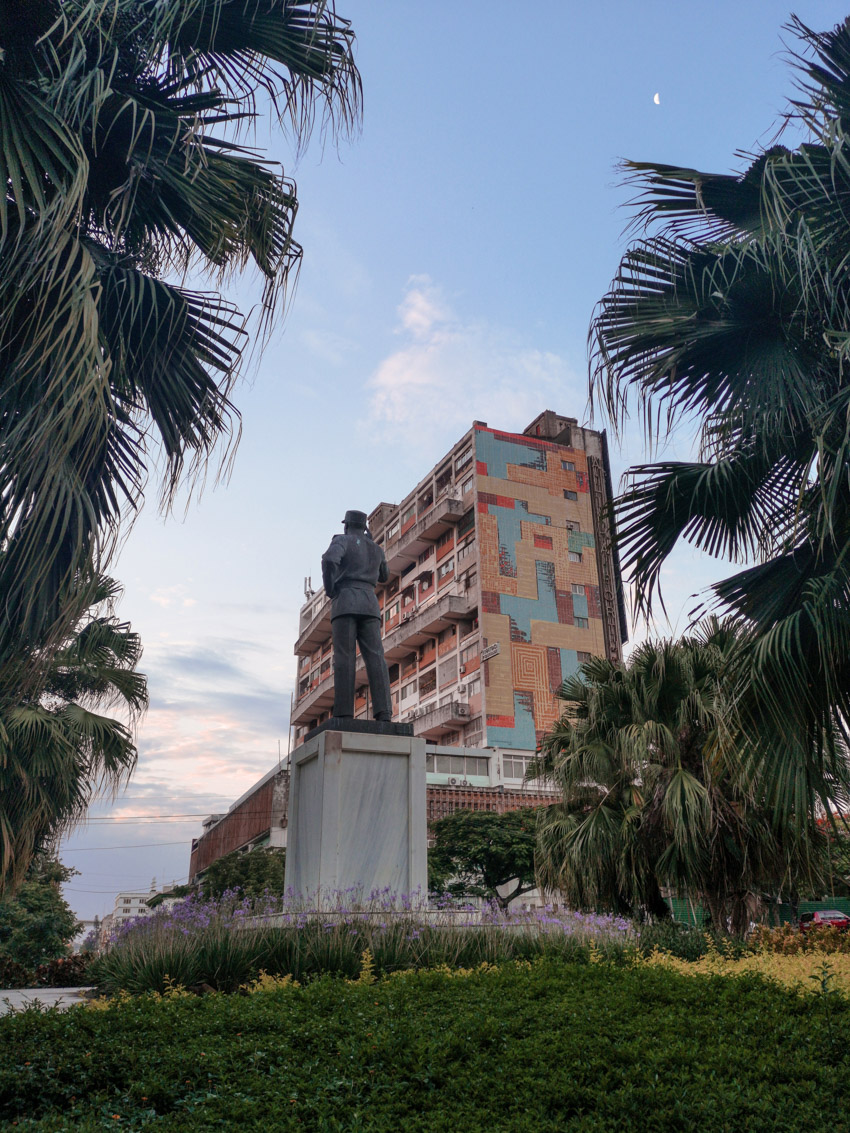 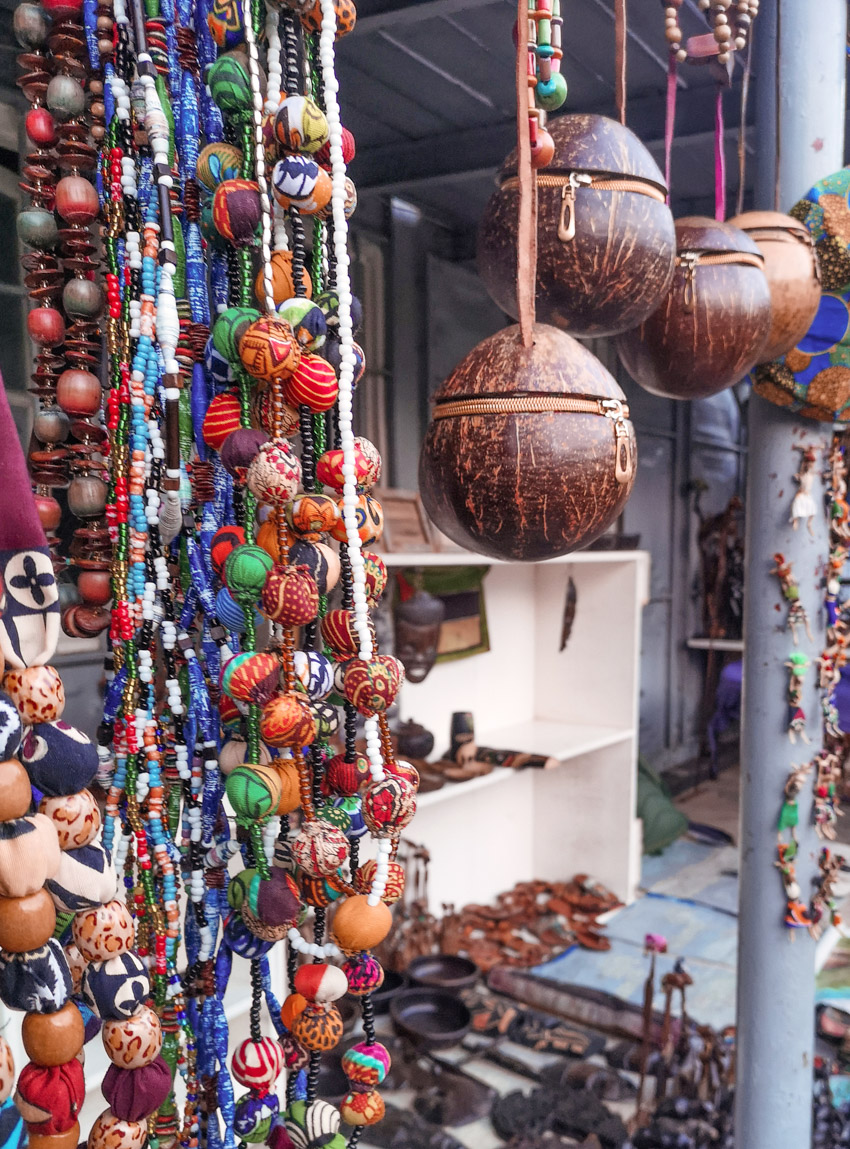 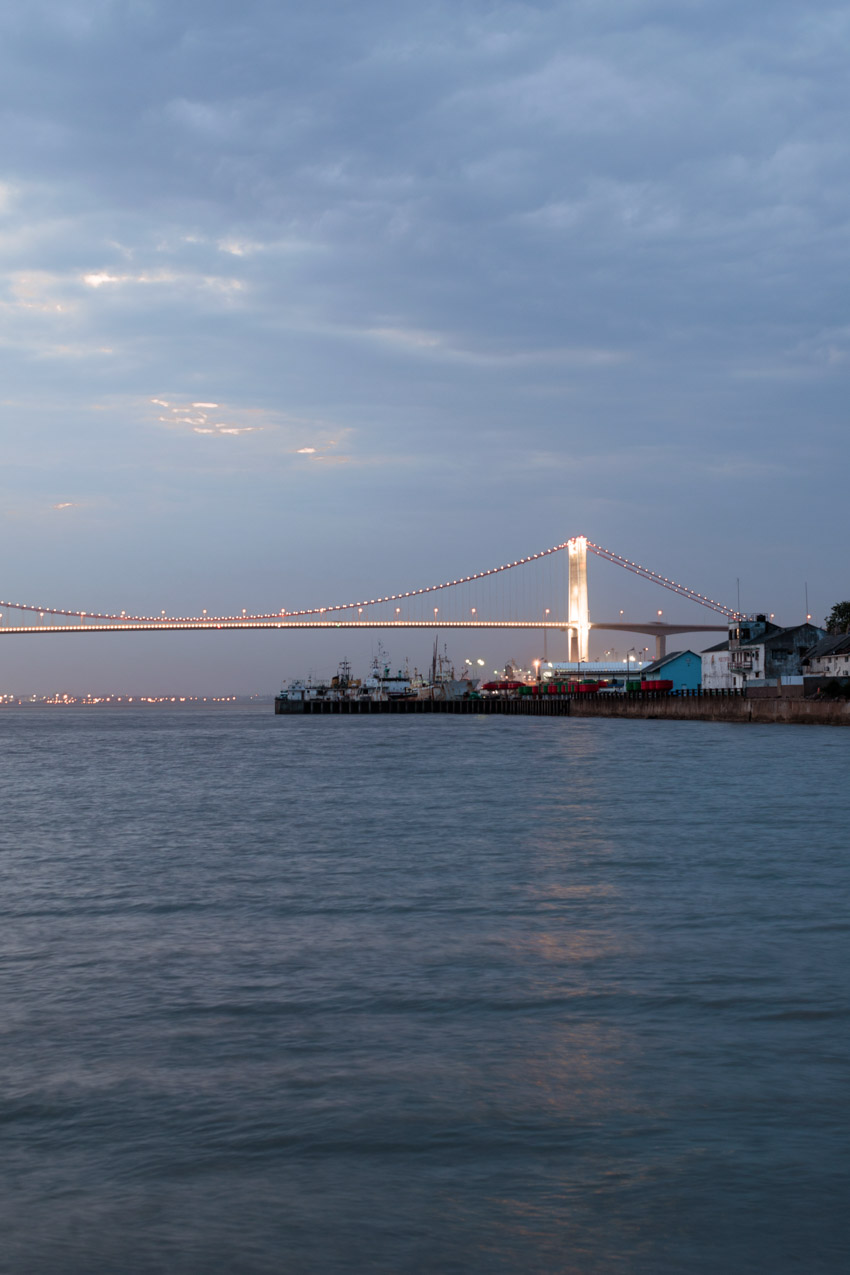 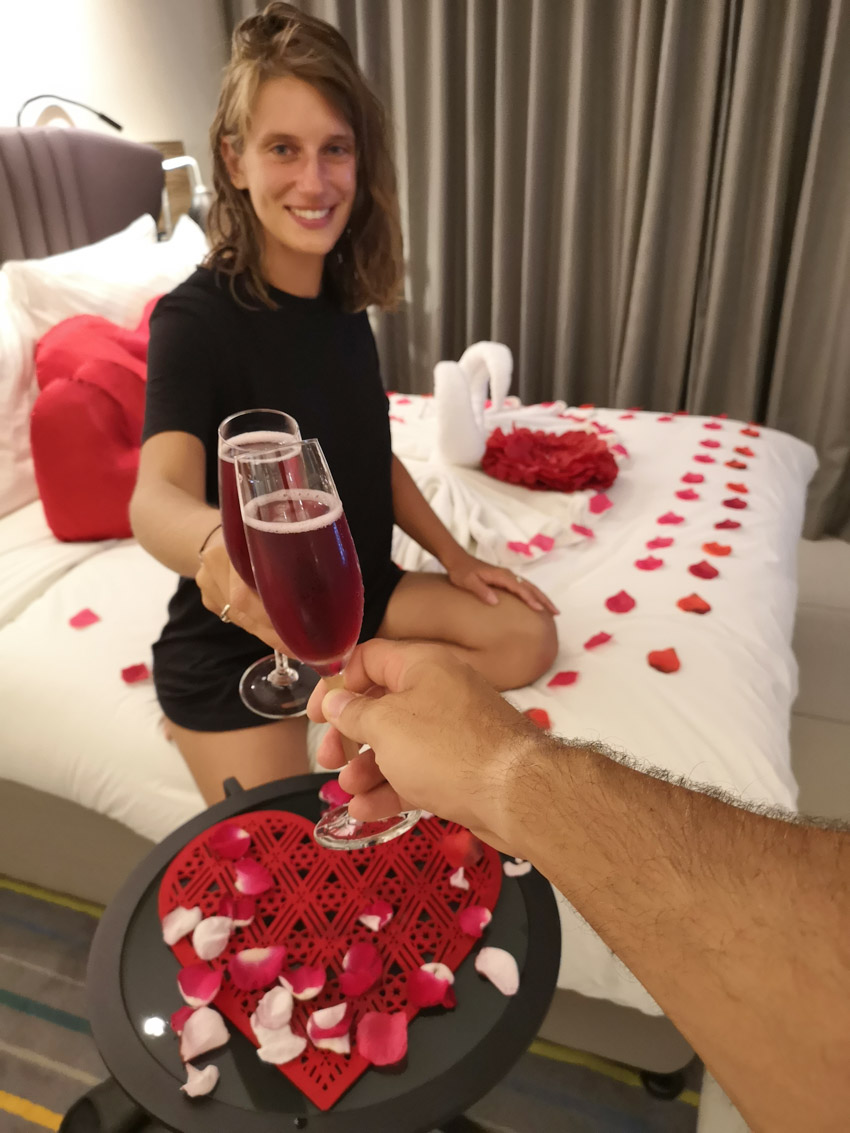 We were staying at the gorgeous (and eco-labeled) Radisson Blu Hotel on a prominent beachside avenue. The 5-star hotel offers beautiful rooms, scenic views of the Indian Ocean, two pools, a great restaurant, and much more, which makes it the most romantic hotel in the city. But most importantly, they are doing their best to be sustainable by reducing energy, waste, and especially water. They also contribute to the local community by providing food, shelter and a better future for local children. We are immensely grateful for their support and hospitality.

Inhaca Island
Inhaca is a sandy island off the coast of Mozambique close to the capital city. Thanks to its great biodiversity, the island is a popular tourist destination, especially among eco-tourists and ecological researchers. Inhaca is home to 160 coral species, 300 bird species, whales, dolphins, and two sea turtle species.
The best way to get there is by a public ferry. The ferry leaves from Maputo at 7 am every day and returns at 2 pm. The ferry ride lasts 2 hours and a half and it costs 3.6€ per person. As they do not have a dock on the shore of Inhaca, we had to transfer to a smaller boat, which costs an additional 15 cents. Well, that part of the ride was pretty adventurous. 😉
We took a walk along the sandy beach, visited the mangrove forest on the north, and the pristine villages, where we ate delicious food and met some incredibly friendly people. 😉 The weather was pretty bad, so swimming, sunbathing, and snorkeling were sadly not an option. 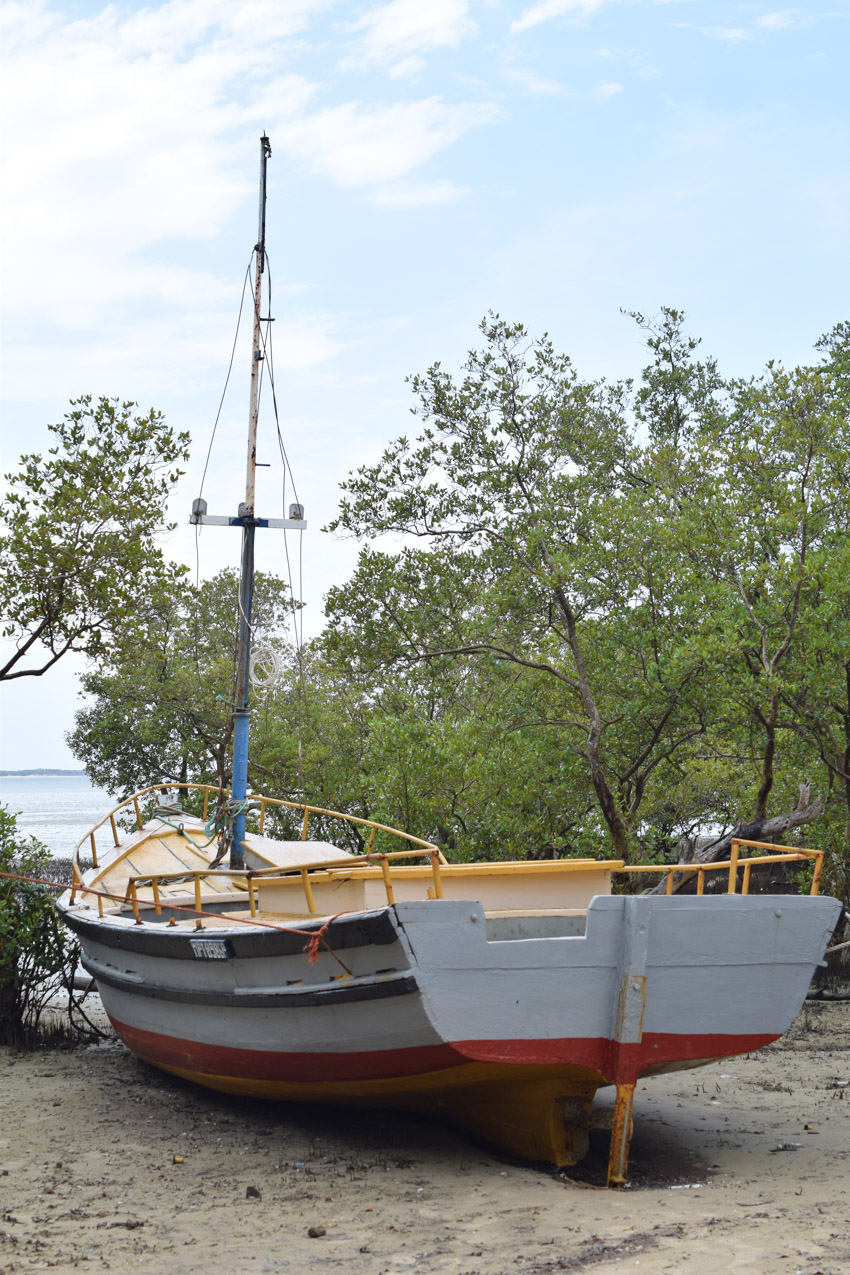 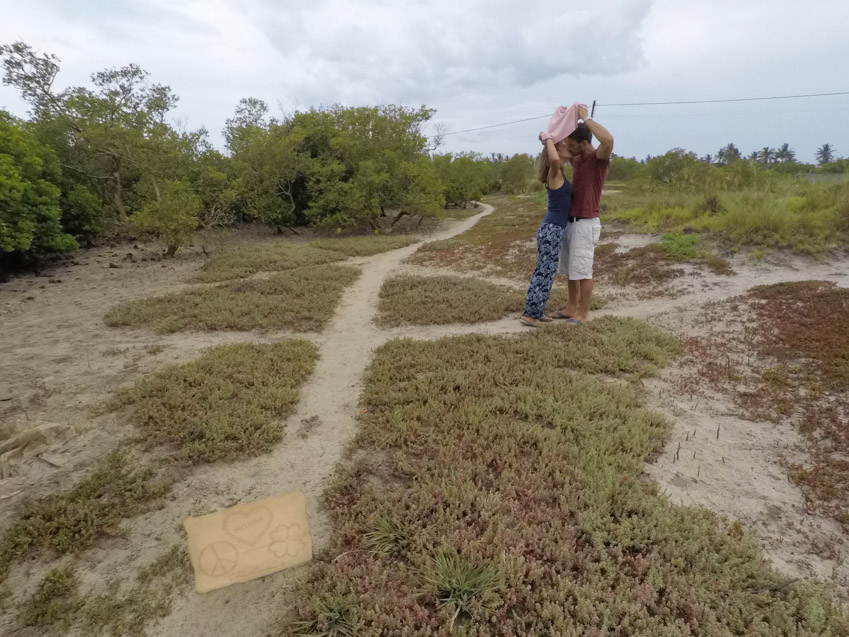 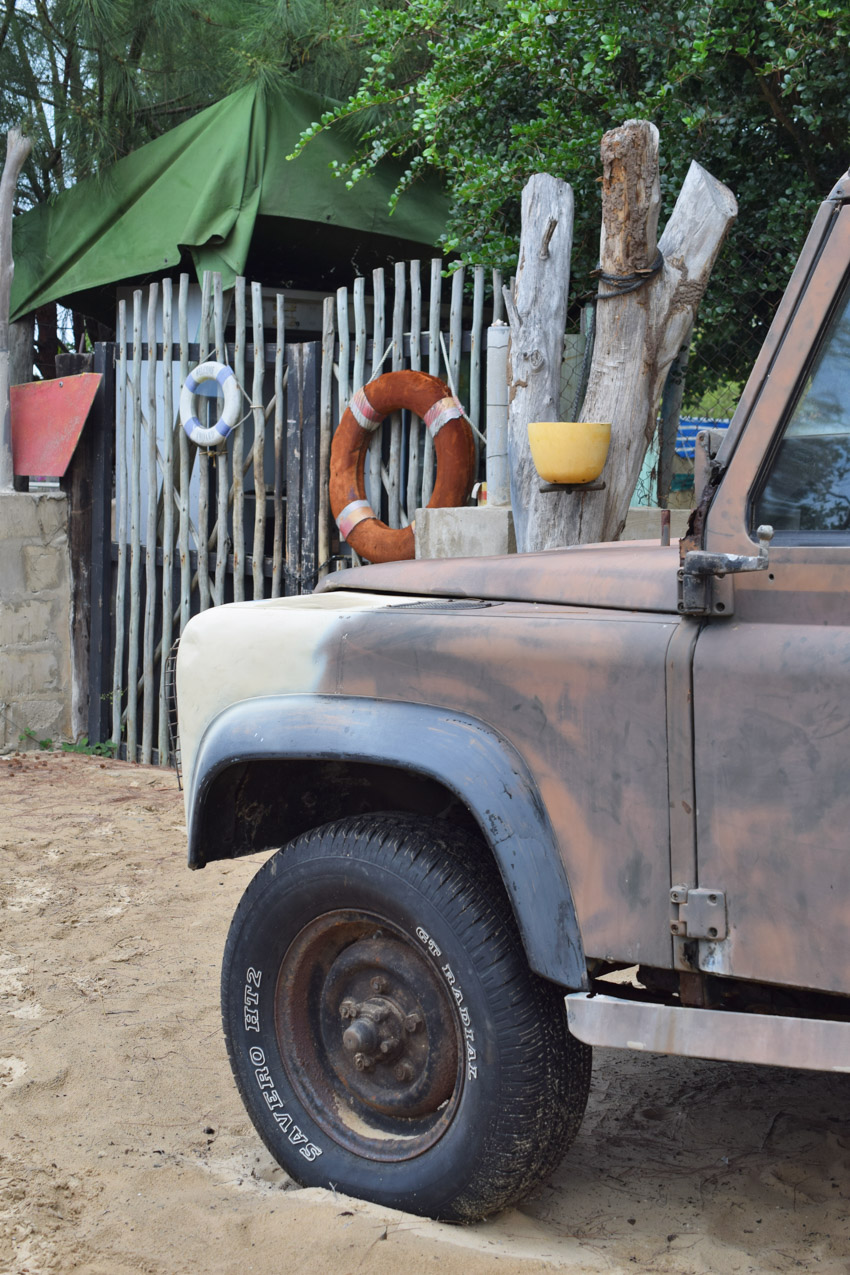 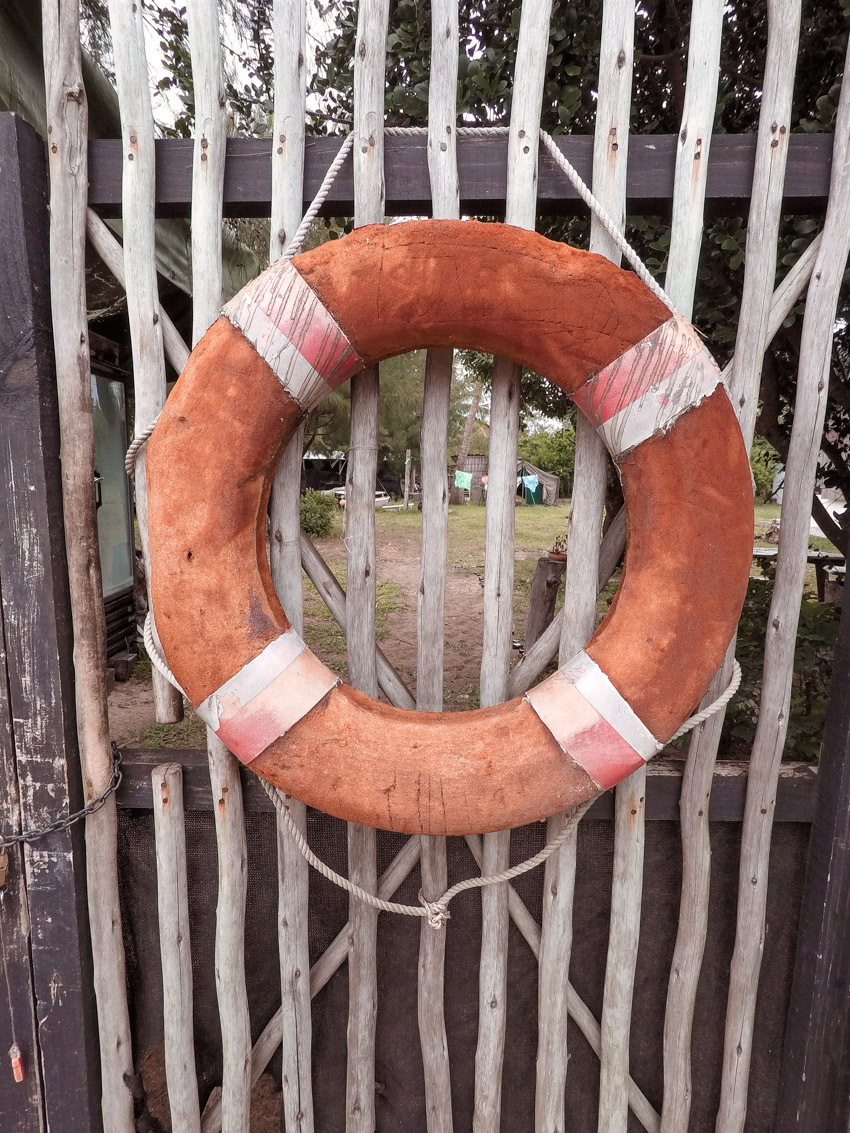 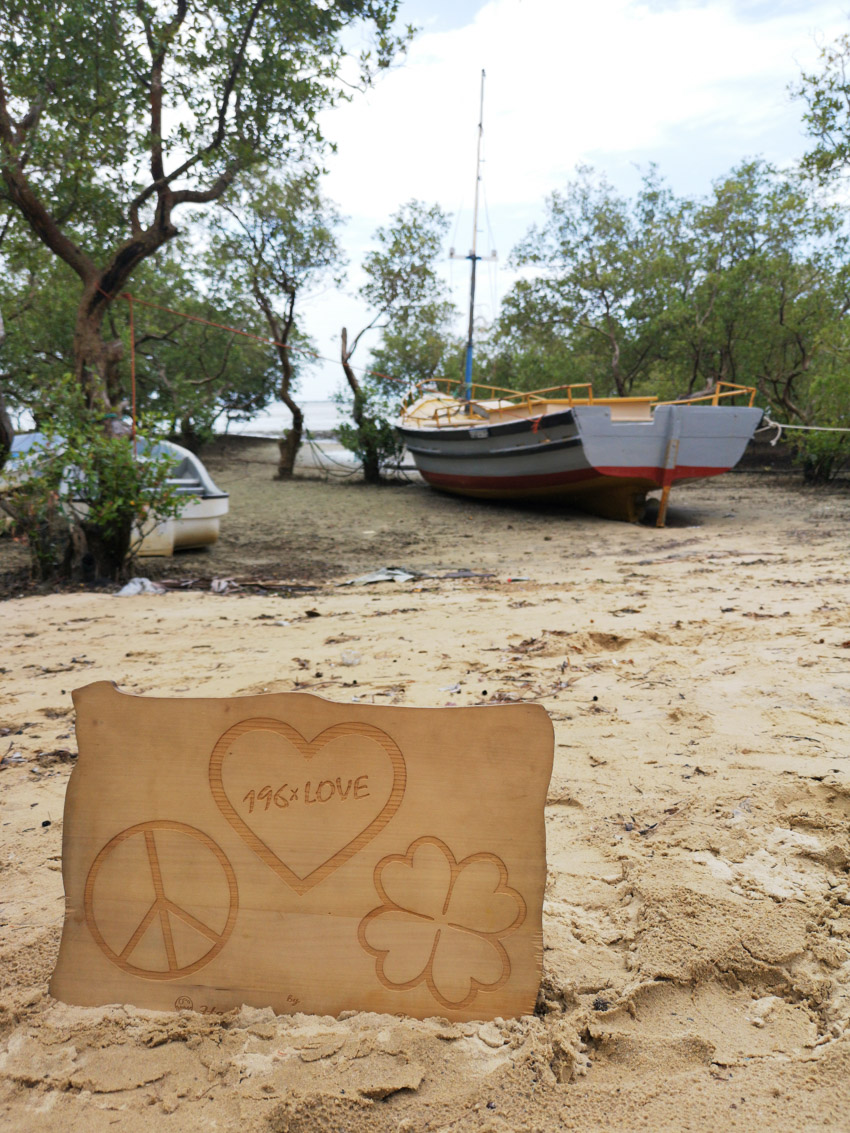 Even though Mozambique’s environment is still in exceptionally good condition, they do face some environmental challenges. The main environmental concerns are compounded by climate change and high population growth. One of them is the loss of natural habitat. Coral reefs are being destroyed by harmful fishing practices and mangroves are being converted into farms and urban areas, which is sparking human-wildlife conflicts and causing biodiversity loss. Poaching and other illegal activities are contributing to endangered species. Inadequate sewage treatment and discharge of polluted ballast waters cause severe water pollution, while urban areas are battling air pollution.

Found lots of LOVE in Mozambique. 😉 ♥ 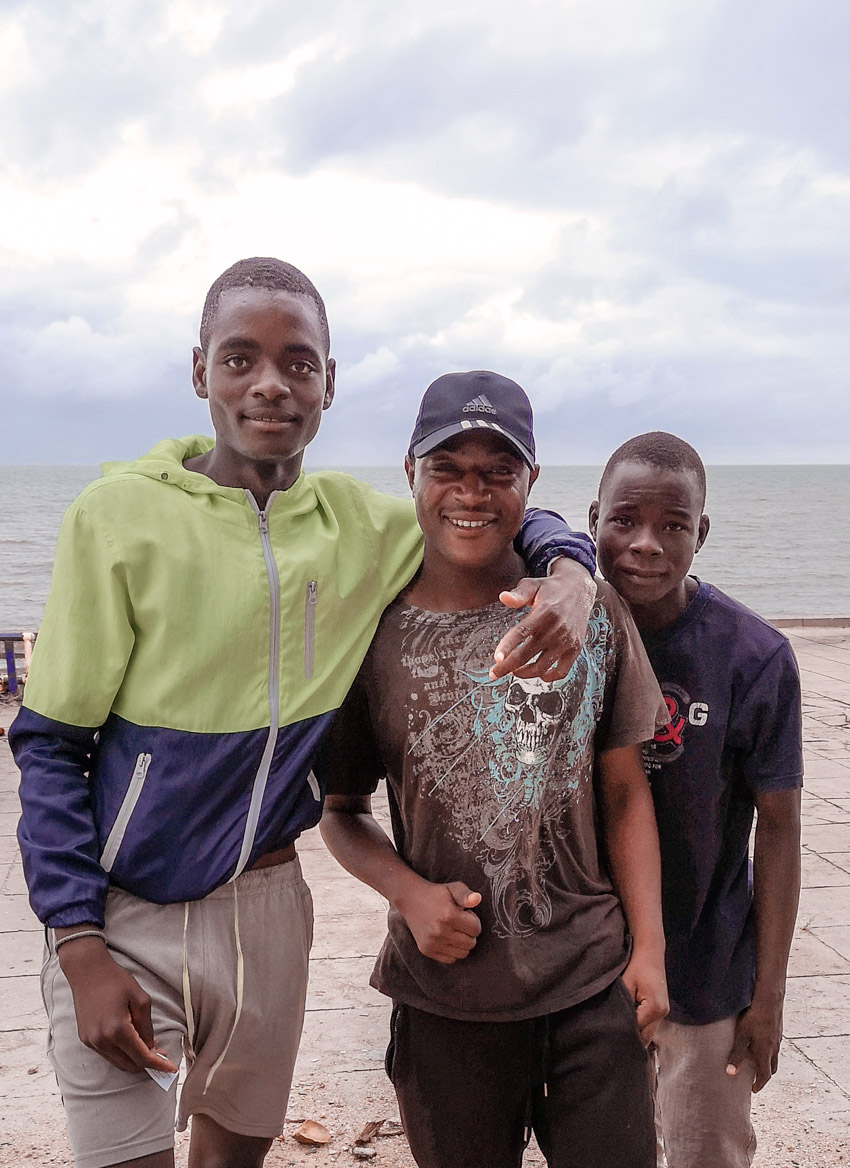 *Are you planning a trip to Mozambique? Here you can get a room with a 10% discount! 🙂
** Follow our journey on Instagram. 😉 There you can see our clean-up stories and check out our peace and sustainable tourism promo photos/videos. 😉
*** Use the form on the sidebar to subscribe to our newsletter and get a free customized e-postcard from every country! 🙂
Sharing is caring 🙂

Is it possible to earn money while saving the planet?

Want to learn the truth about Planet Impact?

Find out more by clicking on the image below.