One of my majors in college was Sinology – the academic study of China. Since a big part of Sinology is learning the Chinese language, I had to go on a student exchange to China for six months to work on my language skills. I was super excited, but as a young girl who had never traveled beyond the borders of Europe and most certainly never traveled on her own, I also had some concerns. 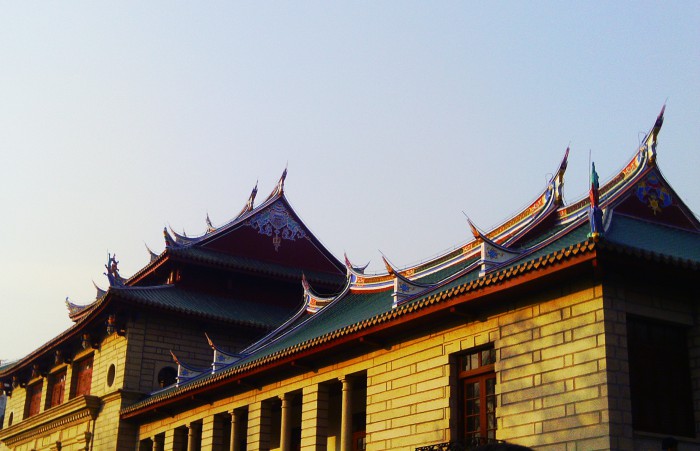 I was worried about the flight – Will I miss it? Is the airline safe? How do connecting flights work? Will I find the right flight at Beijing Airport – one of the biggest airports in the world? Or will I get freakin’ lost? Will my luggage make it to my final destination? Will I? And what if I do? I have to find an exit. And a…cab? And then what? Ask them to take me to the Xiamen University campus? Is my Chinese good enough? I should just say ‘Xiamen daxue’. Or would a self-respecting Chinese abbreviate it to ‘Xia da’? So what, pretending to be Chinese – that’s the big plan?! Well, I have to be confident. I have to blend in. I don’t want to be a weird creature, a confused tourist, an easy target! And after arriving at the campus? Will I be able to handle the paperwork? Will I find the school, the dorm, the room? Will I be able to open a bank account for my Chinese scholarship, buy a Chinese SIM card, install the internet in my room? I NEED the internet! I NEED Skype! How else am I supposed to survive without my family, friends…without my boyfriend, who is everything to me?! Will I be able to stay sane until December, when he’ll come to visit me? Will I understand the lectures, pass the exams, make it day by day?

And finally… Will I like China – this big mysterious country, known for its rich history, great achievements and inventions, exotic culture, beautiful landscapes and densely populated cities? 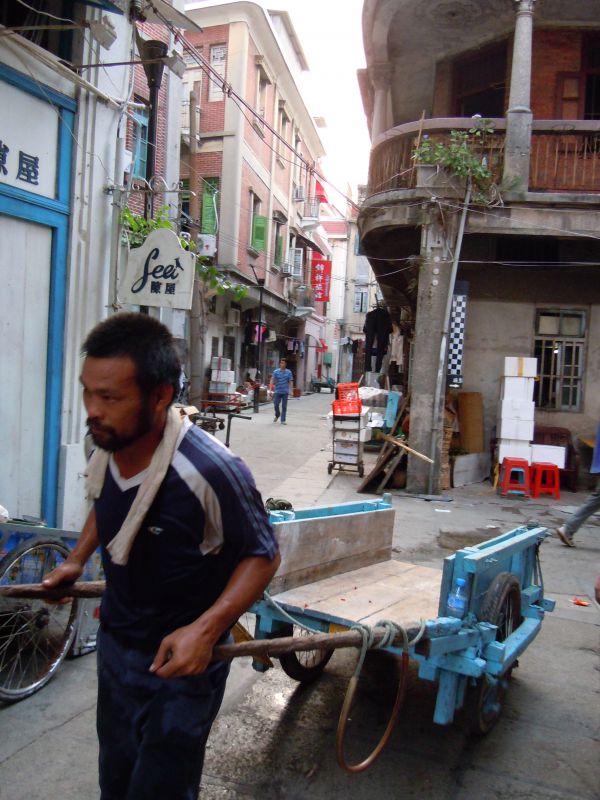 People kept warning me about the so-called ‘culture shock’. They said China is unlike anything I’ve ever seen. But I felt prepared. After all, I have already been educated in Chinese history, art, philosophy, politics, and culture. And I was smart enough to figure: of course China’s different! Every country is! We have always shared this planet, but not always have we been so connected. We grew up in different countries, on different continents, in different natural environments, and circumstances. It is only natural that we’ve developed different languages, writing systems, cultures, and customs. And this endless variety of everything, really, is what makes our planet so beautiful. I mean, who the hell would want to travel if every building, word, person, habit, dish, plant, dress, animal, song or landscape would be exactly the same as the ones back home?! 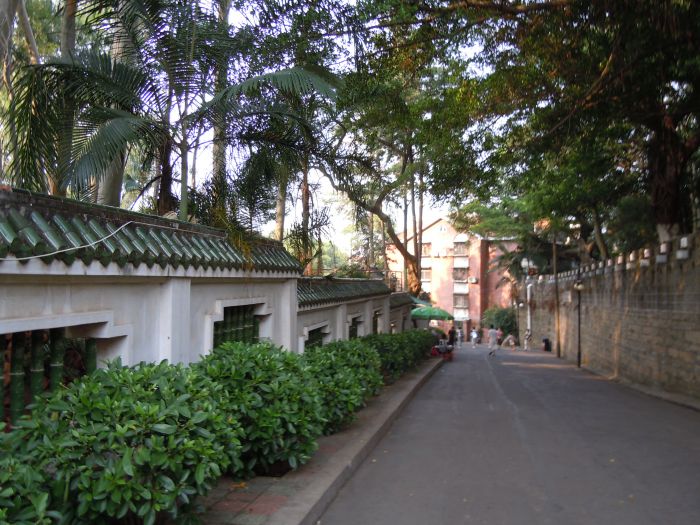 So I went. After a long, yet fairly comfortable flight I had finally arrived. The first couple of days were stressful. The paperwork, the sorting exams, new teachers, new system, and initial difficulties with the internet connection (yes, yes, I was a bit pathetic with my overwhelming internet addiction). It all took some getting used to. But it was also very new and exciting. I met a lot of new people, made new friends, tried new tasty dishes, and engaged in many fascinating activities (e.g. calligraphy and kung fu). Every single thing I did or saw was a first. When I finally coordinated all of my activities, it was time to explore my new home. I was amazed. 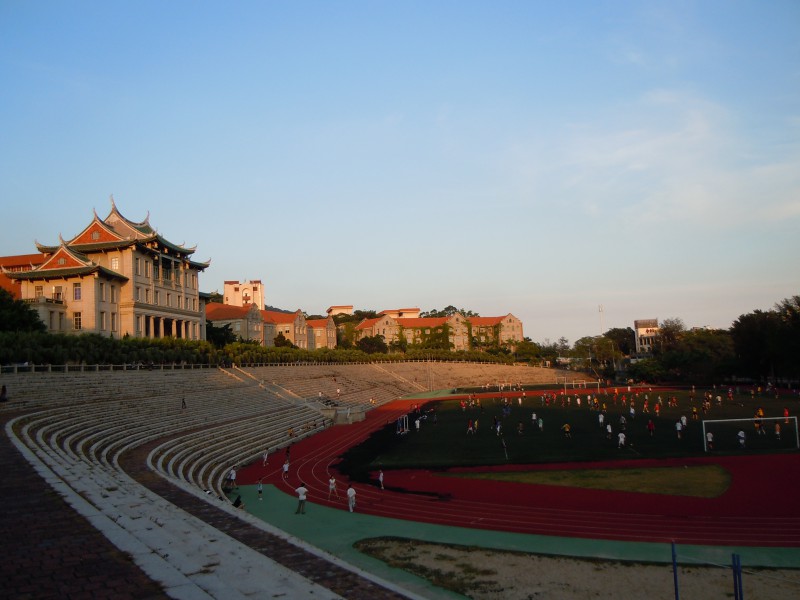 My new home was Xiamen, a relatively ‘small’ city (of more than 3 million people) in Fujian province, Southeast China. It’s a coastal city with a mild subtropical climate, located close to Taiwan. It consists of two islands (Xiamen and Gulangyu Island) and a mainland region. Since Xiamen was one of the first Chinese cities open to British trade it remains known for its colonial (mainly Victorian-style) architecture – especially the Gulangyu island – a former colonial enclave and nowadays a popular weekend getaway destination. The city is also known for its lively cultural life (music, opera, puppet shows and temple celebration events), its beautiful coastal scenery, a lovely botanical garden, the Buddhist Nanputuo Temple, which is a major national landmark, and the famous Water Garden Expo Park. Xiamen has relatively low pollution levels and was awarded the title of ‘China’s 2nd most suitable city for living’, and ‘China’s most romantic leisure city’. I thoroughly explored this subtropical island city with sandy beaches, outstanding architecture, culture and thousands of palm trees and I instantly fell in love. 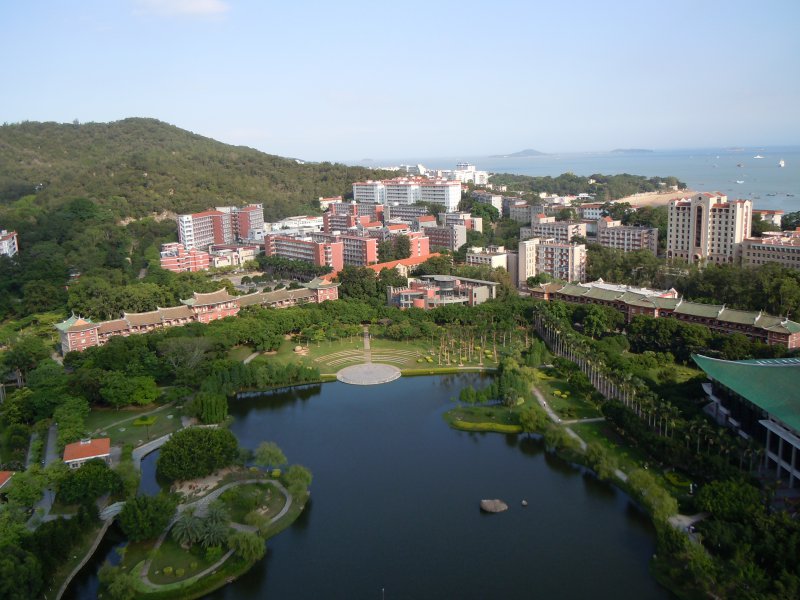 Since every single of my daily activities took place on campus, I didn’t leave its grounds very often. My daily routine consisted of lectures, homework, studying, kung fu, and lots of Skype sessions – obviously. 🙂 I even did most of my shopping and dining on campus, because there I was able to pay with my student card, which was a lot cheaper. And staying put wasn’t hard at all – after all, Xiamen university campus is simply wonderful. It’s neat, spacious, and clean and it blew my mind with its lakes, remarkable architecture and countless green spots. Its location (at the foothills of mountains, between the beach and the botanical gardens) makes it even more special. Because of its picturesque features, it’s actually one of the city’s main tourist attractions. 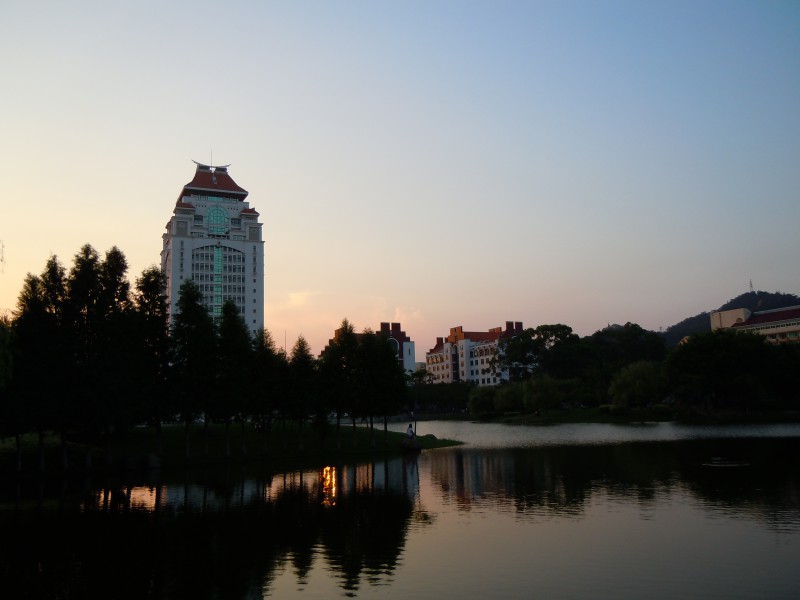 But to witness the ‘normal’, everyday life in China, I had to leave my dreamy haven every once in a while. Once I was done exploring Xiamen, I flew to China’s capital – Beijing with my roommate for a week and to Shanghai with Matic (who had finally arrived and made me the happiest girl alive), where we had our first ‘honeymoony’ experience. 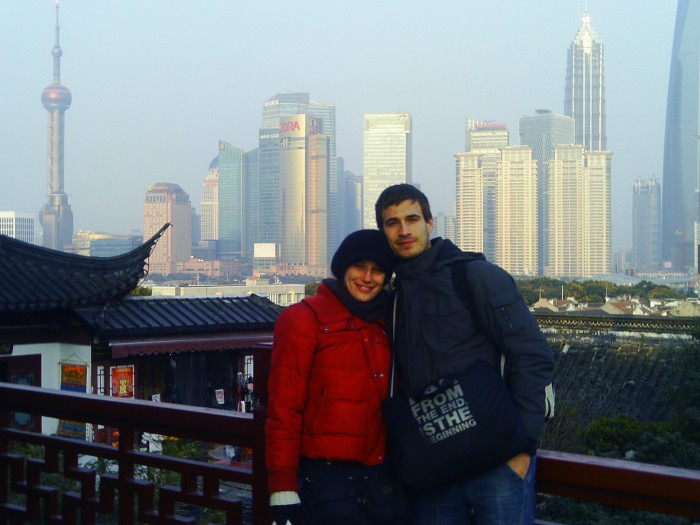 For one, everything is huge and extremely crowded. The streets, restaurants, and stores are lively and noisy. The cities are (in average) dirtier than in Europe, public hygiene is poorer, and the air pollution is a big problem. The traffic is crazy, the (squat) toilets take some getting used to, and at supermarkets, they sell some pretty bizarre products (like crocodiles and sharks in the meat section, real live frogs, fish and turtles, dried ducks, chicken and reptile parts and beef candy). Spitting and burping are very common among locals, they don’t understand the concept of a queue, personal space has little meaning, and toddlers often wear split pants, which allow them to urinate and defecate without lowering their pants and eliminate the need for overpriced diapers. China is a newly industrialized country and therefore still a relatively poor one. There are older cars, buildings in need of renovation and lots of desperate beggars. The difference between flashy tourist areas and poor districts is vast.

But apart from this… China has countless ways to take your breath away. 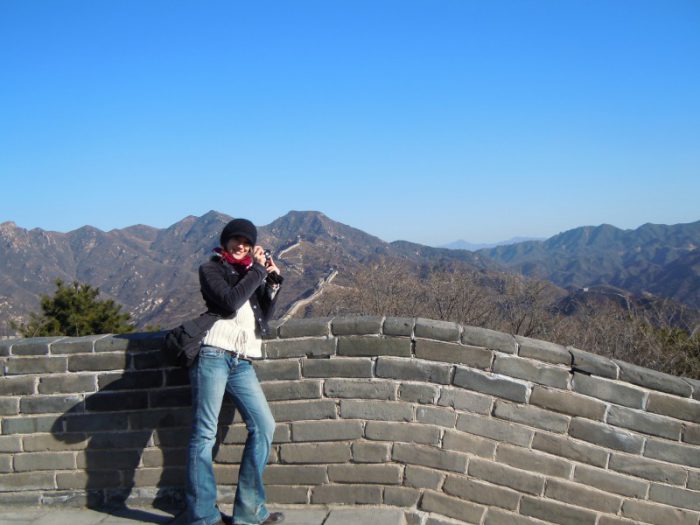 China is the third largest country in the world and the most populous one. Its broad, diverse and absolutely stunning landscapes include everything from high mountains, picturesque valleys, long rivers and numerous romantic lakes, steppes, deserts, extensive forests, many islands and a beautiful coastline. Because of its highly diverse terrains, the climate in China differs from region to region. China is the third most biodiverse country in the world. Its wildlife includes primates, big cats, elephants, antelopes, camels, bears, giant pandas and many more.

China was one of the world’s earliest civilizations and is still considered one of the world’s superpowers. From around 2100 BC until the 20th century it was constantly under a dynastic rule. At the beginning of Tang dynasty Chinese economy, technology, and culture entered a golden age. At that time, China was the most developed country in the world. It used to be a leading country in science and technology and it’s the birthplace of many important inventions, such as paper, printing, the compass, and gunpowder. Beside its incomparably rich history, China is also known for thriving arts, philosophy, amazing architecture and delicious food (the actual Chinese food tastes different than the Western version of it). 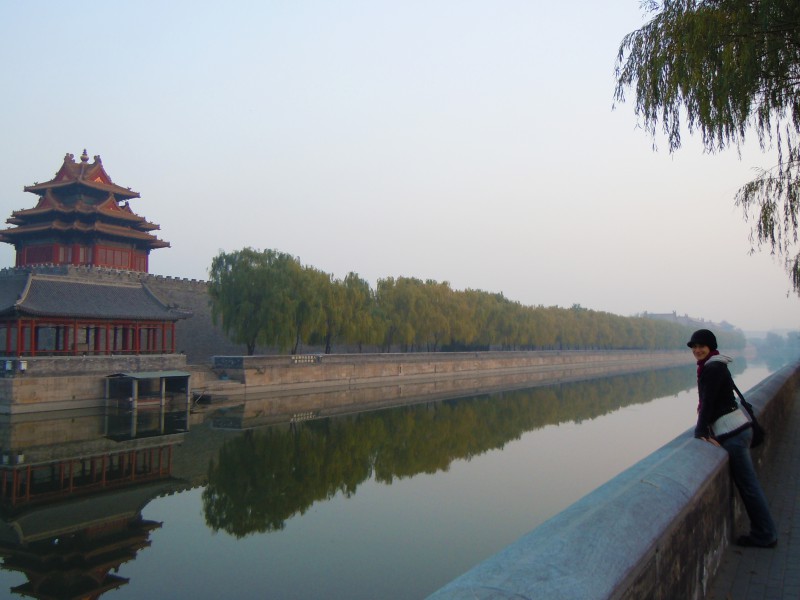 Chinese people are friendly, polite, educated, hard-working, family-oriented, curious and fascinated by foreigners (they may stare at you but only ever in admiration). They have a collective mindset and love to party in large numbers. In my experience, they are welcoming and well-intentioned. I always felt safe and relaxed.

So…’culture shock’? Maybe. But only in a good way. I found it surreal that I – a young, inexperienced girl from a small town in Central Europe – actually wander the streets of this mythical country I have only ever read about. Naturally, there are many differences between China and Europe, some for better, some for worse. But I accepted all of them with deep respect and admiration. I think that at the end of the day the only question is whether you are judgemental and full of prejudice, or open-minded and accepting of different people, cultures, and manners. 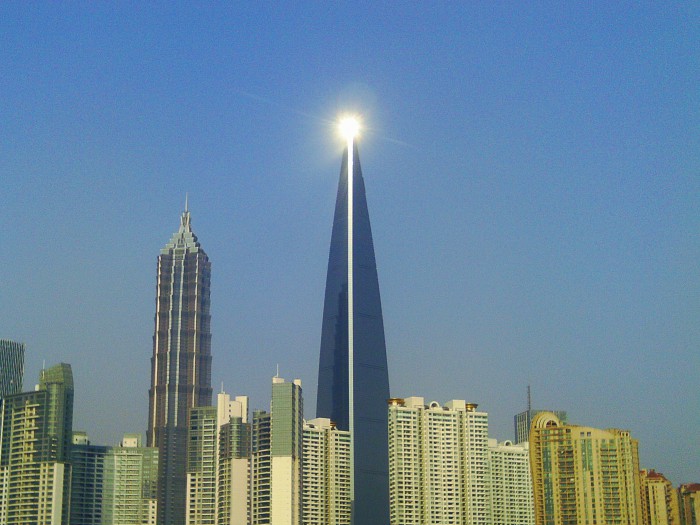 After six months I returned back home. I was happy to eat European food (especially bread), use Western toilets, enjoy the quiet of my hometown and hug my loved ones. But I soon started to miss the wonderful campus, the quirky buildings, the ocean, the warm weather, the exotic music, eating with chopsticks, the smiling faces, the noise and bustle, the lively streets, the crowds, the palm trees, the atmosphere, and the simple smell of the air.

I had a taste of life in China and the experience was extremely educational, beautiful and truly life-altering. It broadened my horizons, taught me a lot about life, greatness, tolerance, acceptance, poverty, and modesty and took a piece of my heart. China is a wonderful country of insanely romantic landscapes, splendid history, fascinating culture, exotic art and architecture, tasty cuisine, and nice people and overall a great (honeymoon) destination. Put your prejudice aside and enjoy the magical journey. 😉

4 thoughts on “A taste of life in China”